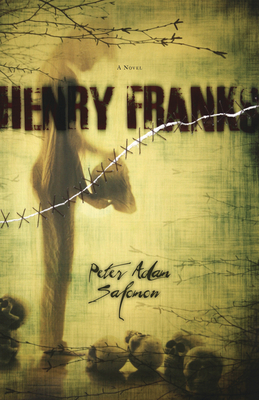 By Peter Adam Salomon
Out of Print

For Henry Franks, Death is Everywhere. It claimed his mother a year ago, in an accident that robbed him of his memory and left him covered with horrific scars. It's in his skin, leaving him numb to pain no matter how hard he tries to hurt himself. It obsesses his distant father, who buries himself in his work at the morgue. And it's stalking the streets, where a serial killer's path of destruction reveals the dark truth of Henry's past.

Peter Adam Salomon is a member of the Horror Writers Association, the Authors Guild, and the Society of Children's Book Writers and Illustrators. He has served as a judge for the Savannah Children's Book Festival Young Writers Contest, and on the executive committee of the Boston and New Orleans chapters of Mensa. Salomon graduated from Emory University in Atlanta with a bachelor's degree in theater and film studies, and now lives in Chapel Hill, North Carolina, with his family.

Due to anticipated icy conditions we will be closing early. Book club is postponed until next Thursday (1/27 at 7pm). Stay safe!

Unfortunately, we're unable to indicate which books on our site are available immediately at our store. If you would like to know if a title is available in person today, please call us at 973-729-6200. Thank you!