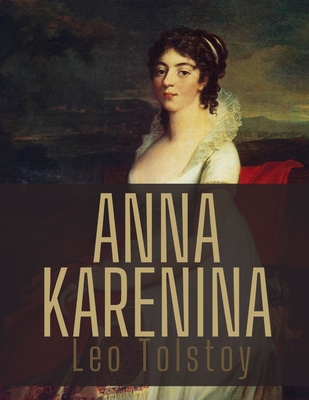 Anna Karenina, novel by Leo Tolstoy, published in installments between 1875 and 1877 and considered one of the pinnacles of world literature.

The narrative centres on the adulterous affair between Anna, wife of Aleksey Karenin, and Count Vronsky, a young bachelor. Karenin's discovery of the liaison arouses only his concern for his own public image. Anna promises discretion for the sake of her husband and young son but eventually becomes pregnant by Vronsky. After the child is born, Anna and the child accompany Vronsky first to Italy and then to his Russian estate. She begins making furtive trips to see her older child and grows increasingly bitter toward Vronsky, eventually regarding him as unfaithful. In desperation she goes to the train station, purchases a ticket, and then impulsively throws herself in front of the incoming train. A parallel love story, involving the difficult courtship and fulfilling marriage of Kitty and Levin, provides a rich counterpoint to the tragedy and is thought to reflect Tolstoy's own marital experience. There is an inevitability about the tragic fate that hangs over the adulterous love of Anna and Vronsky. "Vengeance is mine, I will repay" is the epigraph of the novel and the leitmotif of the story. Anna pays not so much because she transgresses the moral code but because she refuses to observe the proprieties customarily exacted in such liaisons by the hypocritical high society to which she belongs.

Unfortunately, we're unable to indicate which books on our site are available immediately at our store. If you would like to know if a title is available in person today, please call us at 973-729-6200. Thank you!